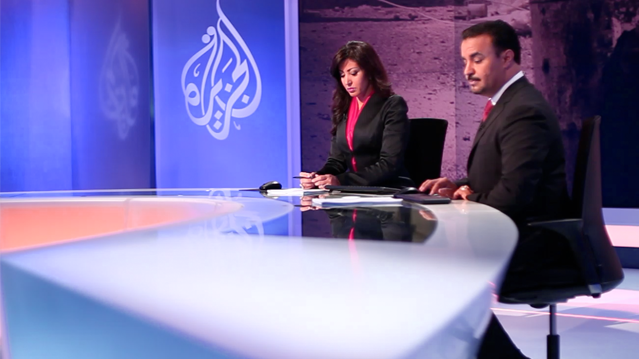 Saudi Arabia, Egypt, the United Arab Emirates and Bahrain have decided to cut diplomatic relations with Qatar on Monday, close the borders and airspace. A move, which could also impact distribution of Qatar based broadcasters Al Jazeera and Bein Sports.

A number of countries, including Egypt have already blcoked access to Al Jazeera websites and TV channels, claiming the broadcaster backed Egypt’s Muslim Brotherhood. In Saudi Arabia, the ministry of information closed the office of Al Jazeera channel and withdrew the licence. The Saudis accused the channel of promoting “terrorist groups” and supporting rebels in Yemen. In the UAE, Al Jezeera was pulled of all platforms.

The channel is regarded by many as a tool for furthering Qatari foreign policy and promoting the views of Islamist groups that the monarchy has backed in recent years. The original Al Jazeera channel’s willingness to broadcast dissenting views, for example on call-in shows, created controversies in the Arab States of the Persian Gulf.

Al Jazeera is a Doha-based state-funded broadcaster owned by the Al Jazeera Media Network, which is partly funded by the House of Thani, the ruling family of Qatar. Initially launched as an Arabic news and current affairs satellite TV channel, Al Jazeera has since expanded into a network with several outlets, including the internet and specialty TV channels in multiple languages, including Al Jazeera English, Al Jazeera Balkans.

Meanwhile reports from the United Arab Emirates say that telecommunication providers, both Du and Etisalat, on Monday have stopped offering the Qatari-owned sports network Bein Sports. For the moment, the channels remain available in Egypt.

Bein Sports owns the exclusive Middle East rights for the most important sports events in the world including the ongoing French Open tennis tournament, the NBA Finals, Formula One and all the major football competitions.

Wi-Fi 6 and Wi-Fi 6E client devices are entering the home in an unprecedented way, surpassing 50% market share since their introduction in 2019 (compared to four years for Wi-Fi 5). … END_OF_DOCUMENT_TOKEN_TO_BE_REPLACED