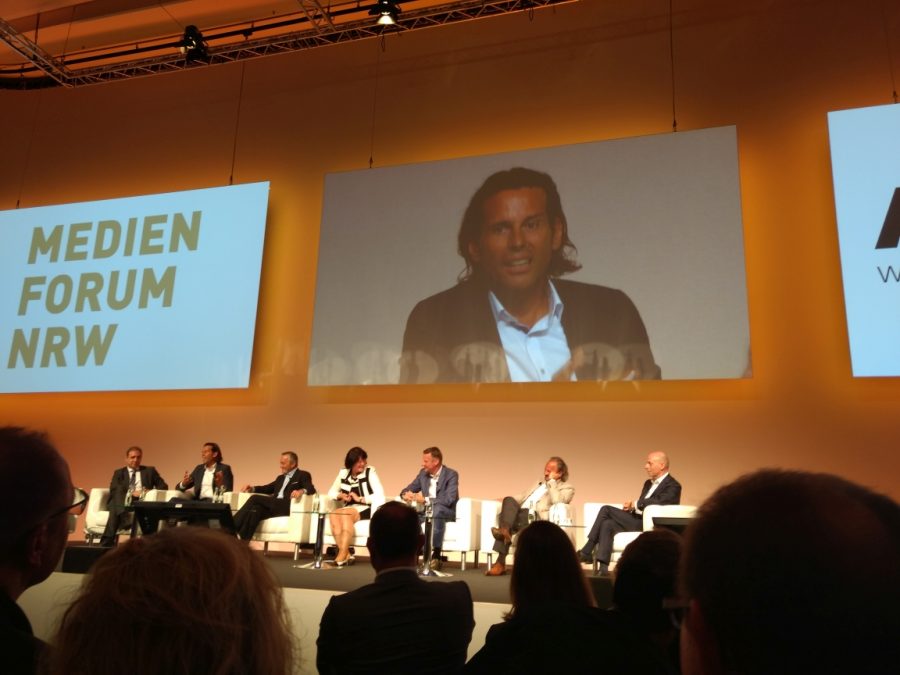 “We all have a problem”, Lutz Schüler, CEO of German cable operator Unitymedia, said in the opening discussion of the ANGA COM 2017 congress in Cologne: “We live from the inertia of the German customers.”


In countries like the US, cord cutting already had more of an impact to network operators, said Schüler with reference to OTT players like Amazon or Netflix. “I have great respect for Amazon. They use our business for their own business.”

As a reaction to the cord cutting threat posed by the US giants, Schüler called for the German market players to set up a joint, strong content platform modelled on Hulu in the US bundling local German content.

Anke Schäferkordt, CEO of Mediengruppe RTL Deutschland, recalled the plans to create a Hulu-type German platform jointly with ProSiebenSat.1, dubbed Amazonas, but the project was blocked by the Federal German Cartel Office. Nevertheless, she agreed that it was time for new thoughts regarding partnerships.

So, it’s down to the regulators to enable partnerships among local competitors to combat the threat from US players. The relaxation of the strong regulation in Germany was a demand not only the panellists agreed on, but it was also called for by ANGA President Thomas Braun in his opening speech.

Addressing politicians, Braun said that rules must enable innovation and investment. Stronger regulation would only benefit the international internet companies German regulators have no influence over.

Wi-Fi 6 and Wi-Fi 6E client devices are entering the home in an unprecedented way, surpassing 50% market share since their introduction in 2019 (compared to four years for Wi-Fi 5). … END_OF_DOCUMENT_TOKEN_TO_BE_REPLACED