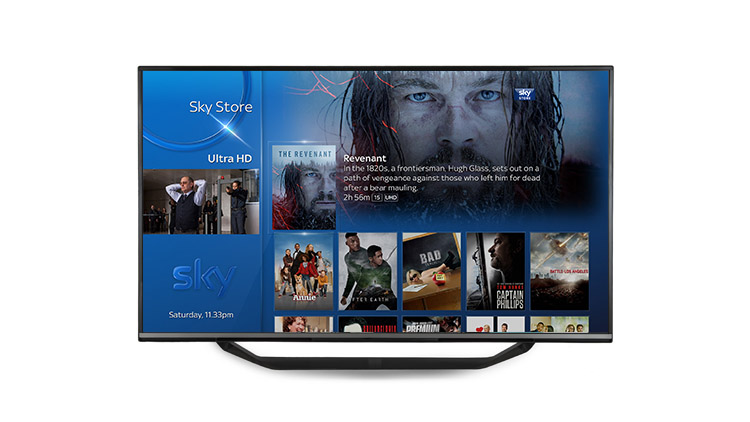 Sky wants to launch its transactional movie service Sky Store in Germany and Austria this year.

The announcement was made Thursday during the pay-TV broadcaster’s presentation of its latest results. The digital video store enables viewers to rent or purchase films and series. If they opt for a purchase, they will receive a copy on DVD in the post addition to the direct download link. It also is available on their set-top box, even if they swap out the unit for another model.

Sky also announced to roll out its streaming service Sky Ticket onto further devices and platforms. Sky Ticket makes Sky’s movie, sports and entertainment offering available to viewers in Germany and Austria via internet without a long-term subscription – effectively a version of Now TV.

In another announcement, Sky said it will offer its complete pay-TV platform as an OTT service in future, giving viewers an alternative to cable, satellite and IPTV. The service, based on next-generation box Sky Q, is expected to launch in the UK in 2018, followed by Germany, Austria and Italy.

Wi-Fi 6 and Wi-Fi 6E client devices are entering the home in an unprecedented way, surpassing 50% market share since their introduction in 2019 (compared to four years for Wi-Fi 5). … END_OF_DOCUMENT_TOKEN_TO_BE_REPLACED