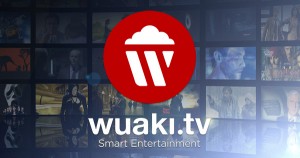 Wuaki, the streaming service owned by Japanese e-commerce giant Rakuten, has announced that the number of users across Europe has reached four million.

This means that the number of users has increased by one million since the beginning of the year.

In revenue terms, the company grew by approximately 50% across all countries where it operates: Spain, United Kingdom, France, Germany, Italy, Ireland, Austria, Switzerland, Belgium and Luxembourg.

The Netherlands and Portugal are the latest markets where Wuaki landed (in November 2016), hence the company has become the largest platform in Europe for the purchase and rental of streaming movies on smart TV’s.

In addition, more than 1,000 movies and tv show episodes were added to the catalogue.

“One of the main goals of Rakuten when buying Wuaki in 2012 was to make this streaming service global as that time was only local,” said Jacinto Roca, CEO and founder of Wuaki.

“Not only we managed to provide this global approach, but I reckon that we are the most established film service on smart TVs, hence it proves that Wuaki customers appreciate our value proposition based on offering them the latest movies with the best picture quality and with the shortest time relative to the cinemas release.”

Wi-Fi 6 and Wi-Fi 6E client devices are entering the home in an unprecedented way, surpassing 50% market share since their introduction in 2019 (compared to four years for Wi-Fi 5). … END_OF_DOCUMENT_TOKEN_TO_BE_REPLACED