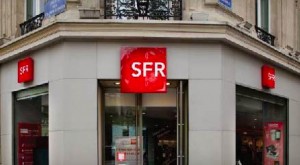 Competition is heating up in France with the news that Altice has signed exclusive distribution deals with Discovery and NBCUniversal for its French SFR cablenet and multiscreen offering.

The new deal enables Discovery to expand its portfolio with the launch of two new exclusive channels: Investigation Discovery will launch on December 15, and Discovery Family will be launched in summer 2017.

This exclusive agreement enables SFR to offer gour new channels from 2017, expanding its line up to a total of 20 channels. This includes Discovery Channel, and Discovery Science, available for all its customers from December 15 (exclusivity for both channels from 17 January 2017 onwards).

SFR will become the only distributor in France to show the Discovery portfolio of channels. Discovery Channel, Discovery Science, Investigation Discovery and Discovery Family will be available on all SFR platforms, at home, at work and on the go.

Over time, the agreement with NBCUniversal will give Altice exclusive distribution of the three NBCUniversal channel brands in France: 13thStreet, for thriller and crime series; Syfy, for science fiction and fantasy series and E! Entertainment Television.

In addition, through a premium pay-TV output deal, SFR will offer films produced by NBCUniversal, including future titles within key franchises such as Bourne, Fast & Furious and Despicable Me.

With this agreement, Altice announces the creation of a new pay-TV channel in France, to be entirely dedicated to cinema and series. This new SFR channel will offer a catalogue of movies and series including brand new releases, notably thanks to the NBC Universal catalog but also enriched with other French and European productions.

As of completing this agreement, SFR will be able to offer its customers four new channels, for a total of twenty channels across sports, information, cinema, entertainment, discovery and documentary.

Wi-Fi 6 and Wi-Fi 6E client devices are entering the home in an unprecedented way, surpassing 50% market share since their introduction in 2019 (compared to four years for Wi-Fi 5). … END_OF_DOCUMENT_TOKEN_TO_BE_REPLACED