European movies make up 31% of all films broadcast on TV in Europe according to new report from the European Audiovisual Observatory.

The report, published for MIPCOM, shows that the 31% share of EU films breaks down into 16% of national and 15% of European non-national films, indicating significant circulation of European films.

This brand new report from the European Audiovisual Observatory, part of the Council of Europe in Strasbourg, has been published free on line in time for the 2016 edition of the MIPCOM. It provides an analysis of films programmed by a sample of 125 TV channels from 17 EU countries for two seasons: 2011/12 and 2014/15. 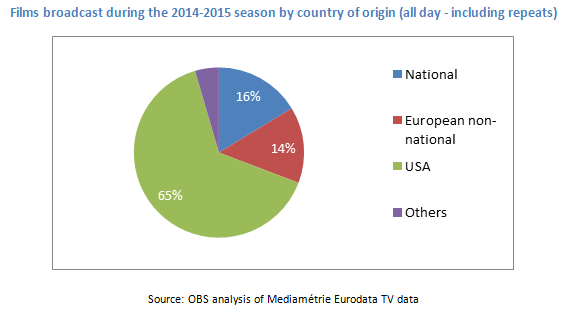 Films produced in Europe accounted for 31% of films broadcast by the TV channels of the sample during the 2014-2015 season. This share is slightly lower when considering only prime-time hours (26%). The 31% share of EU films breaks down into 16% of national films and 15% of European non-national films, indicating a significant level of circulation of films as regards broadcasting on TV. The share of EU films increased for the 2014-2015 season when compared with 2011-2012, both for all day broadcasts (31% vs. 28%) and prime-time broadcasts (26% vs.23). 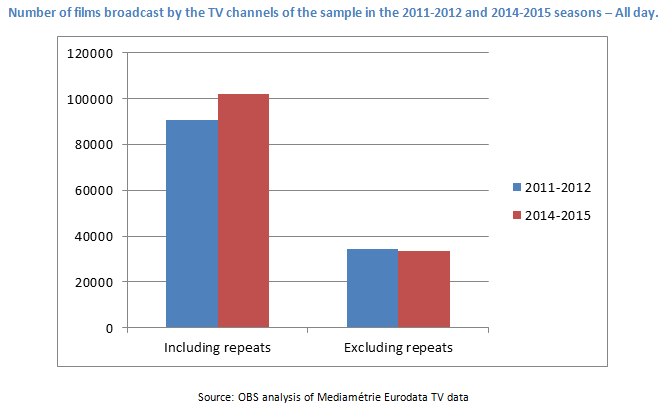 3. Two-thirds of films broadcast only in one country

Wi-Fi 6 and Wi-Fi 6E client devices are entering the home in an unprecedented way, surpassing 50% market share since their introduction in 2019 (compared to four years for Wi-Fi 5). … END_OF_DOCUMENT_TOKEN_TO_BE_REPLACED