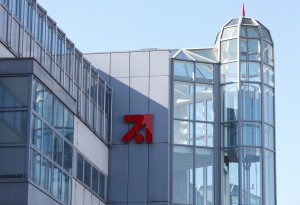 ProSiebenSat.1 has acquired a 14% stake in US-based global video service Pluto TV for “a high single digit” amount, according to the German media company.

This makes ProSiebenSat.1 the largest strategic shareholder. Scripps Networks is another new partner that will acquire an interest during this round of Pluto TV financing alongside current investors US Venture Partners and Sky Ventures.

“The investment in Pluto TV represents a further logical step in our company’s digital entertainment strategy: The market for this kind of advertising-financed video streaming already amounts to four billion euros in the USA alone,” Christof Wahl, executive board member for digital entertainment at ProSiebenSat.1, said in Munich. “We would like to help actively shape this dynamically growing mass market on an international scale and participate in this growth.”

As part of the transaction, Pluto will acquire ProSiebenSat.1’s own video streaming service Quazer and takes over its team. Quazer represents the German counterpart of Pluto TV and offers its users more than 60 special-interest channels. A roughly 20-member team has built the portal in Berlin in recent months.

For the time being, the brand names Quazer and Pluto TV will remain in use in their respective markets. The corporate offices will also remain in Berlin (Quazer) and Los Angeles (Pluto). As part of the new partnership Quazer’s managing directors Olivier Jollet and Sören Ziems will join the management team of Pluto TV.

Tom Ryan, CEO of Pluto TV, said: “We’ve always had the ambition of being the global OTT destination for free television. This partnership is a giant leap toward realising that goal. Combining both media power and digital expertise, ProSiebenSat.1 is the ideal partner to accelerate our entrance into German-speaking markets. Additionally, the talented Berlin-based Quazer team will strengthen Pluto TV, speeding the pace of both product innovation and international expansion.”

Wi-Fi 6 and Wi-Fi 6E client devices are entering the home in an unprecedented way, surpassing 50% market share since their introduction in 2019 (compared to four years for Wi-Fi 5). … END_OF_DOCUMENT_TOKEN_TO_BE_REPLACED