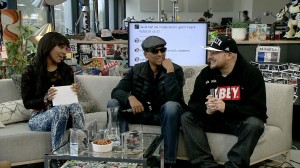 Due to over-indebtedness, the board of administration has submitted the balance sheets of TV operating company Joiz Schweiz AG and sales company Joiz IP AG to the Bankruptcy Court in Zurich. 75 employees are affected by the closure.

The management of Joiz IP is looking for possibilities to continue its B2B digital platform solutions operation joiz Global, according to the broadcaster. The platform has been licenced to companies in Germany, the Netherlands, Russia and the USA in the past months.

The German TV channel will be continued. For Joiz Germany, a new majority owner has offered to maintain operations, according to the broadcaster. The German channel will in future also be made available to viewers in Switzerland.

The termination of the Swiss channel follows the failure to accomplish a new financing round which would have been necessary for the development of the service, according to joiz, adding that discussions with Swiss media companies regarding a possible acquisition of joiz Switzerland remained unsuccessful.

The channel which combined traditional TV with online content and social media platforms such as Facebook went on air in Switzerland in 2011. In 2013, the German channel launched, but ran into financial difficulties in 2014 due to high distribution costs and low advertising income. To cut costs, Joiz Germany terminated its DTH satellite distribution and continued as a web-TV channel.

In 2015, Cologne-based media group M. DuMont Schauberg became a new shareholder in joiz Germany which subsequently managed to come back on its feet.

Wi-Fi 6 and Wi-Fi 6E client devices are entering the home in an unprecedented way, surpassing 50% market share since their introduction in 2019 (compared to four years for Wi-Fi 5). … END_OF_DOCUMENT_TOKEN_TO_BE_REPLACED