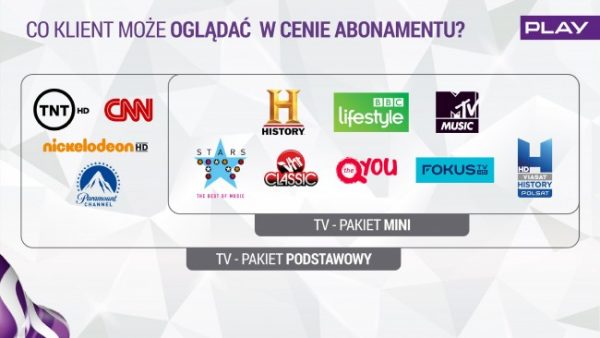 According to Wirtualne Media, referencing information supplied at a news conference, its adds that from today (August 19) both new and existing customers extending their contacts can watch several dozen TV channels offered by the service on smartphones, tablets, PCs and on TVs via Google’s Chromecast.

Play Now is available for no additional fee to customers of Play’s Formula S, Formula M and Formula L packages.

M and L customers, in addition to the channels contained in Mini, are also offered TNT, CNN, Nickelodeon HD and Paramount Channel.

Wi-Fi 6 and Wi-Fi 6E client devices are entering the home in an unprecedented way, surpassing 50% market share since their introduction in 2019 (compared to four years for Wi-Fi 5). … END_OF_DOCUMENT_TOKEN_TO_BE_REPLACED