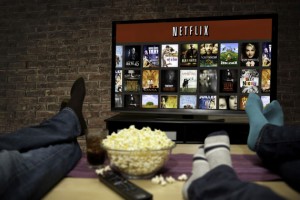 The selection of the two most popular VOD services differs regarding age: In the 20-24 age group, nearly one in two (48%) have opted for Netflix while less than a third (30%) of people above 30 years of age use it. The opposite is the case with Amazon Prime Instant Video: 30% of people between 14 and 19 years of age use it, rising to 39% in the 30-34 age group.

The most important reason for signing up for a VOD service is the line-up of current movies and series, followed by an extensive movie library and a large series stock. Personal film recommendations and original-language content are less important, ranked 4 and 5.

Wi-Fi 6 and Wi-Fi 6E client devices are entering the home in an unprecedented way, surpassing 50% market share since their introduction in 2019 (compared to four years for Wi-Fi 5). … END_OF_DOCUMENT_TOKEN_TO_BE_REPLACED