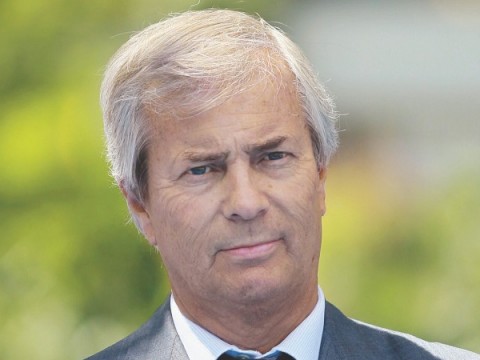 Vincent Bolloré, chairman of the Vivendi supervisory board, has issued a wake-up call about the future of the Canal+ premium TV business.

“If the losses continue, there is a moment where you have to close the tap, because Vivendi will not bring money indefinitely to Canal +,” he threatened, speaking at a general shareholders meeting in Paris, reports Le Monde.

Bolloré also sent this message in a letter to employees, in which he explains his strategy and shake-up of the management. “We could not risk having one of our French historic subsidiaries lead us into bankruptcy.”

Canal + has accumulated a debt of about one billion euros. Its two free-to-air channels D8 and D17 are profitable, but losses continue at the group’s news channel iTélé. After a loss of €16 million in 2014 and EUR20 million in 2015, iTélé is expected to show a loss of 24 million this year, with competition intensifying with the arrival of TF1 group’s news channel LCI as a free-to-air channel and the new arrival of a new news channel from public broadcaster France Télévisions.

The operating loss of pay TV Canal + could be “more than €400 million in 2016 if we do not react,” said Stéphane Roussel, the general manager in charge of Vivendi’s operations after a loss for the pay-TV operations of €264 million in 2015.

However, Canal+ as a group remains very profitable together. With CanalSat, free and pay TV in France, its activities in Poland, Vietnam and Africa, the group posted an operating profit of €454 million last year.

“Is it worth saving Canal+? Personally, I say yes,” said Bolloré. He aims to make Vivendi a European champion able to fight against the American digital giants such Google, Apple, Facebook, Amazon, etc. and content producers such as Disney.

However, austerity will be the name of the game at the group’s French pay-TV unit. The group’s expenses have already been reduced, starting with the costs of the Cannes Film Festival. Vivendi announced in February its goal to see Canal + return to profit in 2018.

Wi-Fi 6 and Wi-Fi 6E client devices are entering the home in an unprecedented way, surpassing 50% market share since their introduction in 2019 (compared to four years for Wi-Fi 5). … END_OF_DOCUMENT_TOKEN_TO_BE_REPLACED