European films make up a third of all films available on VOD in Europe, according to a new report from the European Audiovisual Observatory. 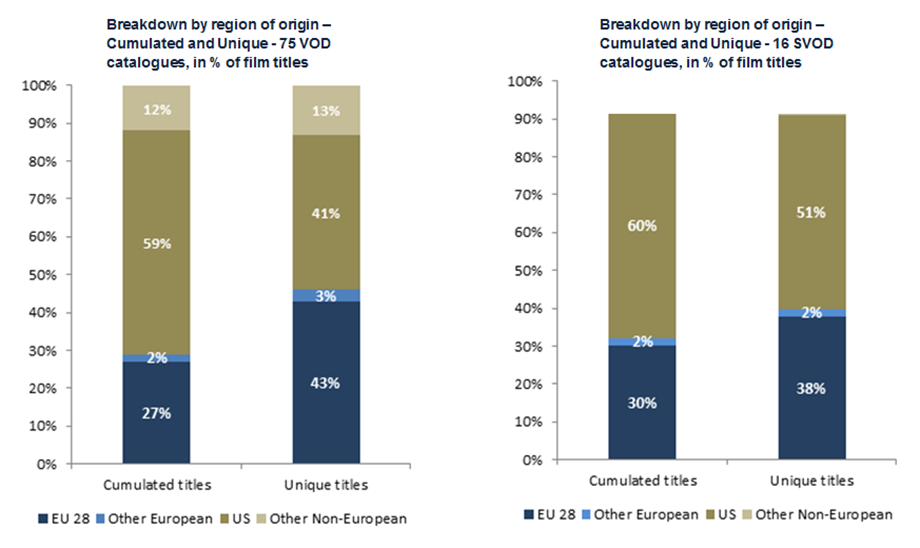 These are the findings of the new report – The Origin of Films in VOD Catalogues in the EU – published by the European Audiovisual Observatory, part of the Council of Europe in Strasbourg. This 84 page analysis of the VOD/SVOD market in Europe is free for download here. It was drafted for the European Commission.

The report provides an overview of the share of films by country of origin/country of production on 75 different transactional VOD services and 16 SVOD services.

The Observatory’s analysis includes both national and pan-European players such as iTunes, Netflix, wuaki.tv or Chili.tv for example. Five different categories of origin are defined for the purpose of this study: national, EU28, (broader) European, US and international. The result is a snapshot analysis of some 135,782 films.

The report also reveals that the availability of European national films on VOD and SVOD platforms is strongly linked to national production levels in each respective country.

Wi-Fi 6 and Wi-Fi 6E client devices are entering the home in an unprecedented way, surpassing 50% market share since their introduction in 2019 (compared to four years for Wi-Fi 5). … END_OF_DOCUMENT_TOKEN_TO_BE_REPLACED