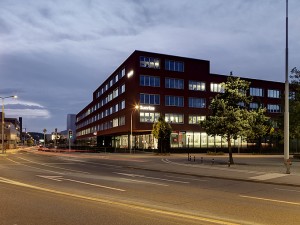 German mobile communications company Freenet has purchased a 23.8% stake in Swiss telco Sunrise for around €714 million.

Christoph Vilanek, CEO of Freenet, and the company’s CFO Joachim Preisig will join the board of directors of Sunrise.

“We have been watching the development of Sunrise Communications AG very closely for some time now,” said Vilanek. “We understand their business model and, with regard to cash orientation and the financial profile, we can see strong parallels with our profile on the capital market.”

Lorne Somerville, Partner and Global Head of TMT at CVC Capital Partners, added: “After more than five years of CVC ownership, we hand over to a new major shareholder. Freenet is an industry insider with more than 12 million mobile customers in Germany and leading edge retail capabilities.”

The expansion to Switzerland is Freenet’s second major acquisition in recent times. In early March 2016, the company announced the takeover of large parts of German technical services provider Media Broadcast.

Wi-Fi 6 and Wi-Fi 6E client devices are entering the home in an unprecedented way, surpassing 50% market share since their introduction in 2019 (compared to four years for Wi-Fi 5). … END_OF_DOCUMENT_TOKEN_TO_BE_REPLACED