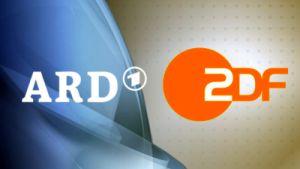 German public broadcasters ARD and ZDF will probably not be able to transmit live games of the IHF Men’s World Handball Championship taking place in France between 13 and 29 January 2017.

Rights owner beIN Sports requests the encryption of the satellite signals – which is rejected by ARD and ZDF. This demand affects not only the public broadcasters, but all other German TV channels transmitting unencrypted via satellite.

“For ARD and ZDF, extensive live coverage from the IHF World Handball Championship 2017 is therefore out of the question at this stage,” the broadcasters said in a statement.

As ARD and ZDF are also available outside Germany through their free-to-air transmissions on satellite systems Astra (19.2° East) and Eutelsat Hot Bird (13° East), beIN Sport probably fears that this might lower its chances of successfully marketing the rights in other countries.

The same conflict arose at the IHF Men’s World Handball Championship 2015. As ARD and ZDF back then also rejected encryption of their satellite signals, pay-TV operator Sky Deutschland finally acquired the rights.

Wi-Fi 6 and Wi-Fi 6E client devices are entering the home in an unprecedented way, surpassing 50% market share since their introduction in 2019 (compared to four years for Wi-Fi 5). … END_OF_DOCUMENT_TOKEN_TO_BE_REPLACED