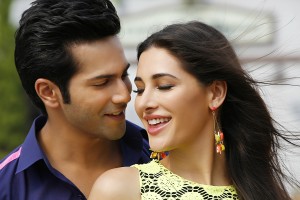 The core target group are women between 19 and 59 years of age. The 24 hour service aims for distribution on all major cable and satellite platforms.

Friederike Behrends will be responsible for developing the business in the German-speaking markets. The former head of Swedish internet TV provider Magine TV in Germany is currently negotiating with platform operators to quickly expand the reach across all broadcast infrastructures.

“Our expansion to Germany is an important step in our digitalisation strategy. The goal is to gain sustaining presence and to grow,” said Amit Goenka, CEO International Broadcast Business, of Zee Entertainment.

Neeraj Dhingra, CEO Europe of Asia TV (Zee TV), explains: “The launch of the channel marks Zee Entertainment’s entry into one of the most important TV markets worldwide in which the Bollywood genre has not really been present yet. With 210,000 hours of programmes and more than 3,500 movie titles, we want to entertain German viewers with Indian content.”

In an interview with German financial newspaper Handelsblatt, Dhingra adds that Zee Entertainment wants to roll out further channels in Germany following the launch of the first service. The company also plans original productions in Germany.

Wi-Fi 6 and Wi-Fi 6E client devices are entering the home in an unprecedented way, surpassing 50% market share since their introduction in 2019 (compared to four years for Wi-Fi 5). … END_OF_DOCUMENT_TOKEN_TO_BE_REPLACED