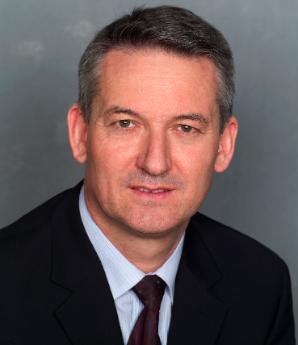 Virgin Media boss Tom Mockridge has called for an end to the Premier League’s ‘quasi-exemption’ from competition rules.

In an interview with the Financial Times, Mockridge, continued the cablenet’s campaign on the organisation of TV rights, in the process delivering a contender for quote of the year.

It “can be treat­ed like the Red Cross”, while putting up prices for consumers. “We could [lay cable past] 100,000 homes for the same amount of money as was spent on football rights in the UK in one weekend.” Mockridge questioned if society had its values in the right place.

What Mockridge would like to see is a situation where all of the Premier League’s matches are made available on live television. In the UK that would mean a change in rules that are designed to protect attendance at smaller clubs. Who after all would be interested in heading out to a lower league match on a rainy Saturday afternoon, when you could stay at home to see Arsenal play Liverpool?

But the theory is that the cost of buying in the channels with the rights, BT Sport and Sky Sports might at least fall for consumers, and more importantly cable operators.

Wi-Fi 6 and Wi-Fi 6E client devices are entering the home in an unprecedented way, surpassing 50% market share since their introduction in 2019 (compared to four years for Wi-Fi 5). … END_OF_DOCUMENT_TOKEN_TO_BE_REPLACED