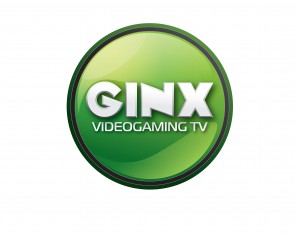 Fans who buy shares will help the videogaming channel realise ambitious targets: to expand its digital footprint by building a suite of apps for games consoles, grow its television offering in the UK by 4.5 million households, and boost the creation of global content on its website.

In addition to equity, shareholders will also be offered a range of incentives, such as guest appearances on Ginx shows, free access to the online web player, and the opportunity to join an investor editorial board:

Investments start at £20. An investment of £10,000 will buy a lifetime subscription to the Ginx web player and membership to the editorial board. In addition, investors will get the unique opportunity to guest star in a special shareholder edition of The First Hour.

Following a successful crowdfunding campaign, the channel said new content will be produced in addition to its existing line up which includes The First Hour, Console Yourself, and Planet of The Apps. In the pipeline is a weekly eSports round up, a daily online news show, a weekly review of important games, films, TV shows and technology, named A Week In Geek, and a compilation of international videogaming rankings titled Game Charts.

Crucially, a proportion of the funds will be assigned to creating apps and content for Sony’s PlayStation 4 and Microsoft’s Xbox One, effectively opening the channel up to more than 100 million users across these two platforms.

“Videogaming has become gargantuan in both its reach and appeal,” commented Michiel Bakker, CEO of Ginx.

“By crowdfunding Ginx, we’re offering everyday investors the chance to benefit from the exponential growth of the gaming sector, and some cool rewards that really get them involved in the brand, too.

“Our audiences – all passionate about gaming and ranging from everyday players to professional gamers – have been largely ignored by mainstream TV and as a result we believe Ginx represents a significant investment opportunity. It will also help us to sharply accelerate our development both here in the UK and internationally.”

Wi-Fi 6 and Wi-Fi 6E client devices are entering the home in an unprecedented way, surpassing 50% market share since their introduction in 2019 (compared to four years for Wi-Fi 5). … END_OF_DOCUMENT_TOKEN_TO_BE_REPLACED