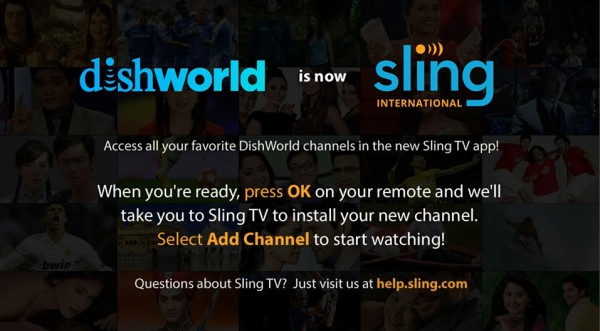 The US District Court for the Central District of California issued a preliminary injunction to halt the illegal distribution of CCTV and TVB content on TVpad.

In the wake of federal court action and subsequent enforcement efforts to shut down the distribution of pirated content via the TVpad streaming device, Sling TV has announced a promotion to help connect US-based fans of Chinese television with a legal, reliable source of popular programming.

Sling TV, which is owned by DISH Networks, recently announced a new promotion for popular Chinese programming. Under the promotion, customers can get Sling’s “Great Wall” and “Jade” packages for one year, plus a Roku 2, for just $99. Sling TV brings consumers content from 30 popular Chinese channels, including TVBHD, TVB1, TVB2, TVBe, TVB Drama and top CCTV channels. The promotion is available at sling.com/tvpad1 (Chinese language) or sling.com/tvpad2 (English language).

“The court took an important step to protect consumers from paying for a product that delivers content obtained illegally, and we are pleased by the response we’ve seen from ISPs who have complied with our enforcement efforts,” said Chris Kuelling, senior vice president of International Programming for Sling TV.

“Together with our programming partners, we will not stand for piracy, whether via TVpad or another device, and we want consumers to know they have a reliable, affordable and legal option through Sling TV to obtain the shows they want to see.”

“The injunction against TVpad is a major success in our efforts against pirates who distribute our television programs without authorization and for their own monetary gain,” said Samuel Tsang, vice president, Operations for TVB USA.

“The public should not be misled. Operators of pirate boxes do not have copyright licenses from TVB to distribute TVB programs in the United States. Users may be paying hundreds of dollars for a pirate box and hundreds more to upgrade the hardware to continue using the device. We obtained an injunction against TVpad and we intend to take strong action against other pirate boxes as well. We will be relentless in our efforts to shut down devices that illegally distribute TVB programming.”

“Consumers expect to watch the content they purchased, but when that content comes from an illegal source, they end up ripped off, frustrated and missing the shows they enjoy,” said Chunguang Lu, President of CICC.

“The court’s action will help prevent consumers from being exploited, while also protecting the copyrighted works of CCTV and other programmers.”

A copy of the preliminary injunction can be found here.

Wi-Fi 6 and Wi-Fi 6E client devices are entering the home in an unprecedented way, surpassing 50% market share since their introduction in 2019 (compared to four years for Wi-Fi 5). … END_OF_DOCUMENT_TOKEN_TO_BE_REPLACED