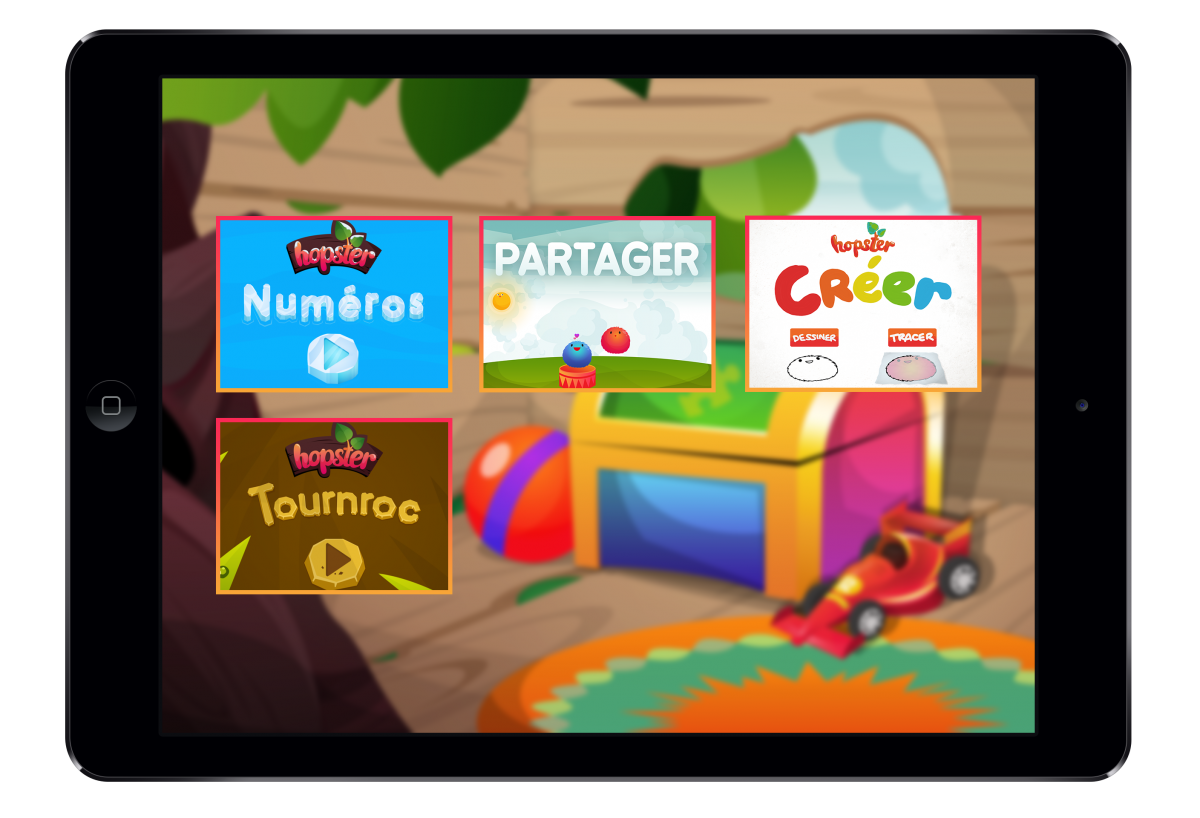 Hopster had announce a new localised French language app and new additions to their team and content line-up.

Hopster will launch in France with a special introductory price of €1.99 and its trademark line up of hand-picked shows. From launch, Hopster will also offer four learning games, developed in-house and based on the French curriculum, le programme de l’école maternelle. To introduce itself to French parents, Hopster has partnered with French parenting website, Magicmaman with a bespoke site takeover, and will run a competition on the pages of Famili, its sister site.

Elsewhere, Hopster has signed a multi-territory content deal with DHX Media to release eight new titles on its English version app, including TV shows Teletubbies, In the Night Garden, Arthur and Adventures of Paddington. The shows will appear on the app in over 100 territories over the next few months, as well as a further addition from Synergy Media – creativity show Wonderballs.

Hopster has also welcomed three new members to its team, including Miki Chojnacka who joins as Chief Creative & Content Officer. She formerly worked as SVP Brand and Informal Learning at Pearson and VP Youth Brands at MTV Networks.

Hopster has also appointed Agnes Lesti as Comms and Partnerships Manager, who previously worked as PR and marketing at Lick Frozen Yogurt and B2B Marketing. UX Designer, Kate Killick is also set to join the team.

“We’ve had such a great summer at Hopster, we launched on multiple new platforms and added a bunch of great new global content to our magical app. We are very excited about the launch of our first local language version and to be able to provide an ad-free and safe environment for kids in France,” said Nick Walters, founder and CEO, Hopster.

“To be able to introduce Hopster to children and parents around the world, we thought it only right to expand the team and welcome the three ladies. I’m glad to see Miki on board, as with her strong background in learning and digital, I’m sure she’ll help us find the very best kids content and make Hopster even better.

Wi-Fi 6 and Wi-Fi 6E client devices are entering the home in an unprecedented way, surpassing 50% market share since their introduction in 2019 (compared to four years for Wi-Fi 5). … END_OF_DOCUMENT_TOKEN_TO_BE_REPLACED