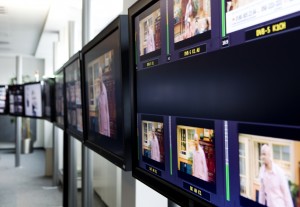 German commercial TV group ProSiebenSat.1 will drop the encryption of the HD versions of its free-to-air channels on October 3/4, 2015, a ProSiebenSat.1 spokesperson confirmed to Broadband TV News.

The move takes place at the occasion of the German reunification day on October 3, 2015, a national public holiday.

Sat.1 HD, ProSieben HD, kabel eins HD, sixx HD, ProSieben Maxx HD and Sat.1 Gold HD will be available unencrypted and free of charge on October 3 and 4, 2015 on all platforms via cable, satellite and IPTV.

Recently, RTL Nitro lifted the encryption of its HD signal during three qualifier matches for the UEFA European Football Championship 2016. With the moves, the commercial broadcasters want to attract more viewers to their HD services.

The digitalisation report of the German media authorities recently unveiled that there is a huge gap between the number of HD households and the number of viewers receiving the commercial HD channels: 48.1% of TV households receive HD channels, but only 18.8% have opted to watch the commercial channels in high resolution. The reluctance is probably based on the monthly fee the commercial broadcasters charge for reception of the HD versions of their advertising-funded free-to-air TV channels.

Wi-Fi 6 and Wi-Fi 6E client devices are entering the home in an unprecedented way, surpassing 50% market share since their introduction in 2019 (compared to four years for Wi-Fi 5). … END_OF_DOCUMENT_TOKEN_TO_BE_REPLACED