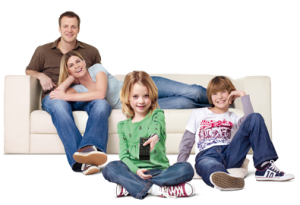 Dutch consumers are now devoting on average over 60% of their total viewing time to other ways of watching video, according to the latest version of the Dutch Consumer Video Behaviour report from Telecompaper.

Other methods of consuming video, such as recorded programmes, internet, downloads/DVDs and on-demand video, have become more popular in the past half-year, accounting together for an average 140 minutes of viewing per day. As a result, 61% of viewing time now goes to non-linear video content. That’s up up from 53% six months ago.

The figures come from a survey of 6,600 Dutch consumers aged 12-80 during the second quarter of 2015 by the Telecompaper Consumer Panel. The survey found that watching live TV is still by far the most popular way to consume video content, accounting on average for almost two hours a day. However, there are large differences across age groups. People 50 or older spend about 140 minutes a day on average watching live TV, while teenagers (12 up to 20 years old) only watch 68 minutes of live TV a day.

The research also shows that a quarter of Dutch households subscribe to a plus package of extra channels, on top of their basic TV subscription. This equals 1.87 million Dutch households. The plus package shows steady growth over the past two years and is by far the most popular video add-on in the Netherlands. Its share is up from 16 percent of households in the first quarter of 2013, meaning growth of almost 10 percent points in two years. FOX Sports comes second among TV options, with 8 percent of Dutch households subscribed to the Fox Sports Eredivise and/or international packages.

Wi-Fi 6 and Wi-Fi 6E client devices are entering the home in an unprecedented way, surpassing 50% market share since their introduction in 2019 (compared to four years for Wi-Fi 5). … END_OF_DOCUMENT_TOKEN_TO_BE_REPLACED