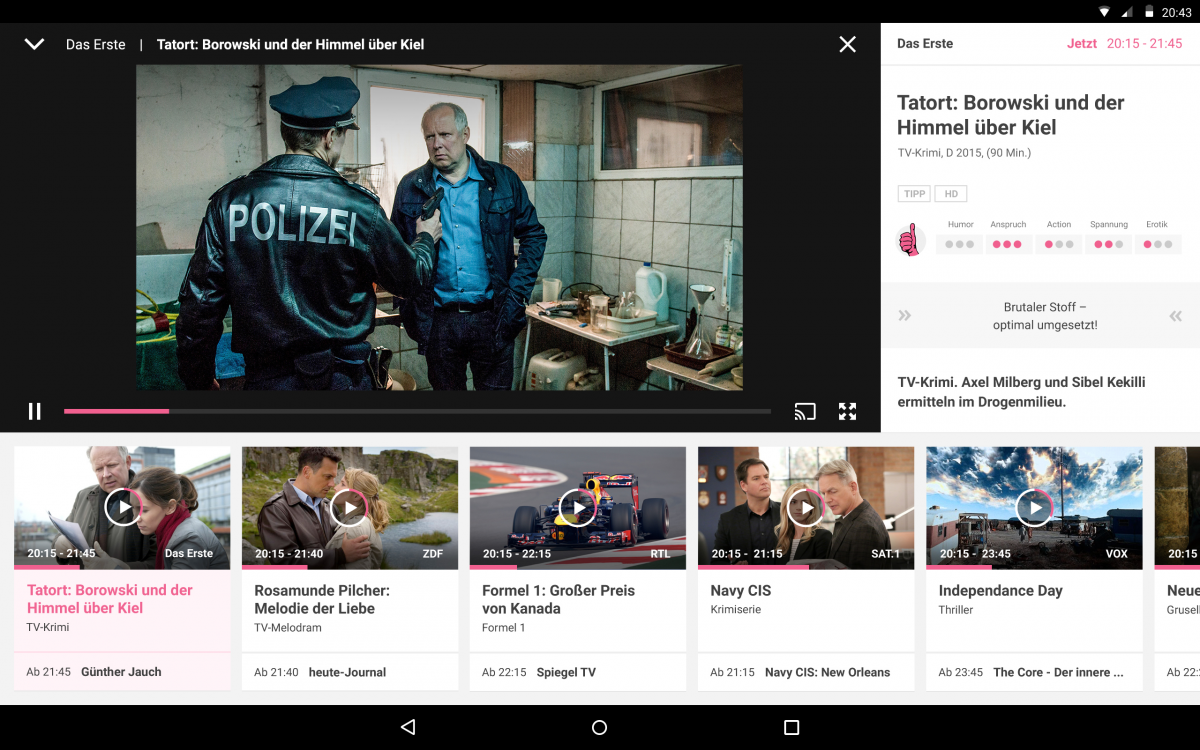 New competition for Zattoo and Magine TV: German TV listings magazine TV Spielfilm has launched an OTT platform on which viewers can watch more than 70 TV channels as live-streams via PC, laptop, tablet and smartphone.

The TV Spielfilm live app can be downloaded for iOS and Android; the web version is accessible at live.tvspielfilm.de.

The offering the magazine published by Hubert Burda Media operates in collaboration with internet TV provider Zattoo contains all major public and commercial TV channels as well as thematic channels many of which are available in HD quality. The live-streams can be directly accessed from TV Spielfilm’s online programme guide.

The lineup comprises, for example, the channels operated by ARD, ZDF, RTL and ProSiebenSat.1 as well as smaller channels such as Sport1, Deluxe Music, Welt der Wunder TV, RiC and Servus TV.

After registration, the whole offering is available at no charge for one month. Following the trial period, users can continue to watch around 50 channels free of charge. For further 20 channels including RTL, Sat.1 and ProSieben a monthly subscription fee of €9.99 applies.

Pay-TV packages with thematic channels will be added in future.

The six-page PDF document can be downloaded free of charge at www.veed-analytics.com/site/news.php.

Wi-Fi 6 and Wi-Fi 6E client devices are entering the home in an unprecedented way, surpassing 50% market share since their introduction in 2019 (compared to four years for Wi-Fi 5). … END_OF_DOCUMENT_TOKEN_TO_BE_REPLACED