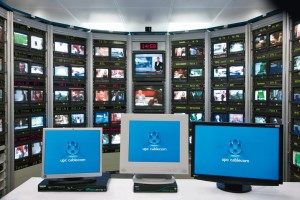 About 455 million digital homes were added around the world between end-2010 and end-2014, according to a new report from Digital TV Research.

From the 455 million digital homes added between 2010 and 2014, 111 million came from primary DTT [homes taking DTT but not subscribing to cable, satellite TV or IPTV]. Digital cable contributed a further 182 million. There were more pay IPTV additions (66 million) than pay satellite TV ones (60 million).

The number of pay TV subscribers (analog and digital) reached 878 million by 2014, up from 718 million in 2010. Asia Pacific increased by 106 million – or two-thirds of the global additions – during this period to bring its total to half a billion. North America (111 million) was the second largest region, although its 2014 figure was lower than in 2010.

China had the most pay TV subs by end-2014 (254 million, up by 59 million on 2010). India added 28 million pay TV subs, with Brazil (10 million more), Mexico (6 million) and Indonesia (4 million) also showing strong growth. However, pay TV subscriber numbers fell in Italy, the US and France.

North America generates about half the world’s total pay TV revenues. In fact, the US recorded revenues in 2014 nearly ten times as high as second placed China. The US added $6.1 billion in revenues between 2010 and 2014, followed by Brazil with $3.0 billion more and China ($2.5 billion extra).

Wi-Fi 6 and Wi-Fi 6E client devices are entering the home in an unprecedented way, surpassing 50% market share since their introduction in 2019 (compared to four years for Wi-Fi 5). … END_OF_DOCUMENT_TOKEN_TO_BE_REPLACED