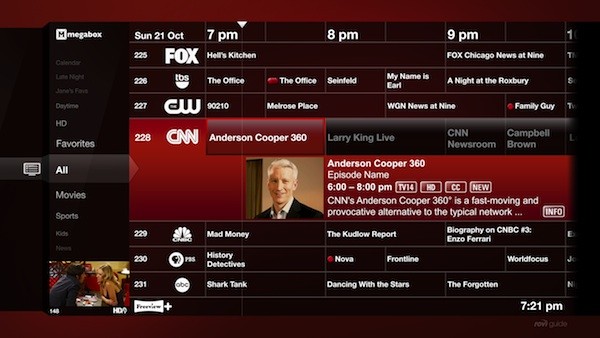 Activist shareholder Engaged Capital has secured two places on the board of Rovi, at the same time removing chairman Andrew Ludwick.

Since March Engaged has been conducting a campaign against what it sees as the waste of shareholder money on“ baseless, outrageous and recycled claims”. The EPG developer and patent holder has attempted a series of court actions in the UK – cablenet Virgin proudly claiming to have fought off ten such attempts. A number of actions have also been brought against Ziggo in the Netherlands.

Raghavendra Rau and Glenn W. Welling have now been elected to the board. A third nominee, David Lockwood, did not secure enough votes.

“Engaged Capital believes that Rovi has the potential to deliver significant value to shareholders. While we would have preferred to avoid a protracted proxy contest, we believe that this process provided shareholders with a forum to express an unequivocal preference for change. We believe that shareholders have delivered a clear mandate to the Board to reevaluate the Company’s strategy, structure, and spend, as well as improve corporate governance and better align executive compensation with shareholders,” said Welling.

Tom Carson, President, CEO and interim Chairman of Rovi, said he looked forward to working with the two new board members to build value for the company.

Rovi was formed in 2009 following the merger of Macrovision with the former Gemstar business.

Wi-Fi 6 and Wi-Fi 6E client devices are entering the home in an unprecedented way, surpassing 50% market share since their introduction in 2019 (compared to four years for Wi-Fi 5). … END_OF_DOCUMENT_TOKEN_TO_BE_REPLACED