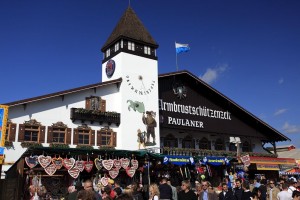 14 of the 16 Bavarian local TV channels can be received on Deutsche Telekom’s domestic IPTV platform Entertain from April 10, 2015.

Regio TV Schwaben and intv will follow at a later stage. Franken Fernsehen, münchen.tv and a.tv which have already been part of the Entertain lineup will get new slots on the electronic programme guide (EPG). For the local TV offering, Entertain will set up a new dedicated EPG section starting at channel number 2000.

With the carriage of Bavaria’s local TV channels, Entertain will launch a new local TV portal on EPG slot 20 at the same time from which its customers can navigate to their respective local TV channels through selection of the federal state they live in.

Bavaria will be the first federal state whose local TV channels will be nearly completely offered by Entertain, thereby reaching the platform’s 2.5 million customers.

“IPTV has become an important distribution platform for TV channels,” Siegfried Schneider, president of Bavaria’s local media authority BLM, said in Munich. “The carriage by Entertain leads to a further increase of the technical reach of Bavaria’s local TV channels which can then be received by nearly all TV households in Bavaria. That’s a basic precondition for economic success.”

Wi-Fi 6 and Wi-Fi 6E client devices are entering the home in an unprecedented way, surpassing 50% market share since their introduction in 2019 (compared to four years for Wi-Fi 5). … END_OF_DOCUMENT_TOKEN_TO_BE_REPLACED