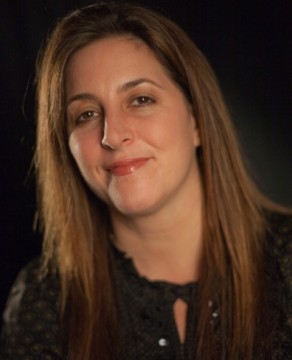 “Our MIP TV slate features formats based on programs with proven track records and innovative concepts that will resonate worldwide.”

Outback Nation (Primetime 1 hour) features host Jamie Durie who defines the terms credible, talented and yes, “swashbuckler,” in the landscape transformation world. This charismatic Aussie knows how to turn desiccated, boring backyards into fantastical escapes filled with amazing flora, fauna and playhouses for kids and adults alike. Jamie’s trademark approach is to embed in wildly overgrown backyards and literally camp out to experience the heartbeat and mood swings of the terrain firsthand. The couple that has requested his help must also live in the backyard jungle with Jamie, immersing themselves in their own private wilderness before tackling the transformation with him. Amazing design and backyard structure will emerge in every episode of Outback Nation. The series airs on FYI in the US.

Arranged (Primetime 1 hour) follows modern-American singles from across the country, whose cultural traditions include an arranged marriage, as they are united in matrimony by their families. From a young Romani gypsy couple in New York City, to a southern couple from the Bible belt, to a couple raised by traditional Eastern Indian parents living in Los Angeles – these brides and grooms don’t just marry each other, their unions include their entire family. From the lead-up to their weddings, to the several months after the reality of married life sinks in, viewers will follow these couples and find out if they hold the key to a long-lasting marriage by being arranged. Arranged airs on FYI in the US.

Finally, Surviving Marriage (Primetime 1 hour), a social experiment that challenges couples on the verge of divorcing to spend five days on an island with no modern conveniences and limited access to food and water. Each episode features a different couple, guided through a series of physical and emotional exercises by clinical psychologist Dr. Colleen Long and family therapist Dr. Tom Kersting. On the last day the partners will decide if they want to stay together or separate. Surviving Marriageairs on A&E Network in the US.

Wi-Fi 6 and Wi-Fi 6E client devices are entering the home in an unprecedented way, surpassing 50% market share since their introduction in 2019 (compared to four years for Wi-Fi 5). … END_OF_DOCUMENT_TOKEN_TO_BE_REPLACED