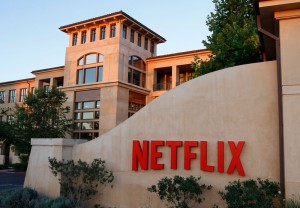 Following a court hearing on its pending patent case with Netflix Rovi’s stock dipped almost 12%, but the company said it remains confident claiming no judgement has yet been made.

Rovi stock was up 1.5% in late-day trading Thursday, following a clarification by the company.

In a statement Rovi said that “[On March 25, 2015] the Northern District Court in Oakland, California held a hearing in our ongoing Netflix case. During the hearing, and before the market closed, there was a speculative report issued by a small investor advisory firm that has been picked up in the media. No decision was made and we remain confident in our arguments and look forward to the judge’s decision, which is expected sometime in the next couple months.

“We remain committed to continuing to enforce our IP against Netflix until the necessary licenses are in place. Only five patents are at issue in this case, and Rovi’s licensable IP portfolio includes more than 5,000 issued patents and pending applications. Rovi has licensed this extensive patent portfolio to other leading OTT providers and is confident that Netflix also requires a license under Rovi’s patents.”

In 2013 an administrative judge at the US International Trade Commission has ruled that Netflix and Roku did not infringe patents held by Rovi covering technology for interactive programme guides. The Trade Commission affirmed this ruling on November 1, 2013, but Rovi and Netflix continued their legal fight before the District Court.

In Europe, Rovi has met with a number of legal set-backs in cases against Ziggo and Virgin Media. However, in the statement the company said it remained confident it can uphold its patents in the US and continue the licencing agreements with the major US platforms (Comcast, Time Warner Cable, DirecTV and Dish Network).

“Whatever the outcome of our current Netflix litigation, Rovi remains well-positioned to favourably renew our big-four licence agreements. We have a well-established licensing programme for the pay-TV space in the United States, with agreements in place with all of the top providers. We have prepared extensively for the renewal negotiations with the big-four, including extensively mapping our expansive IP portfolio against functions deployed by them in areas such as guide, search and recommendation, DVR, VOD, second screen and other important areas. There is substantial overlap between our patents and commercially important aspects of their overall service offerings in these areas, and we remain confident we will be able to reach commercial terms that represent good value for our licensees and for our stockholders.”

In a related development, Rovi said that it has renewed its interactive programme guide product and patent portfolio license agreement with Sharp. The license provides Sharp with access to Rovi’s entertainment discovery capabilities worldwide and Rovi’s G-Guide HTML in Japanese markets for its Aquos brand.

Wi-Fi 6 and Wi-Fi 6E client devices are entering the home in an unprecedented way, surpassing 50% market share since their introduction in 2019 (compared to four years for Wi-Fi 5). … END_OF_DOCUMENT_TOKEN_TO_BE_REPLACED