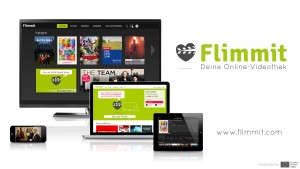 Austrian public broadcaster ORF has expanded the video-on-demand (VOD) service Flimmit in which it recently became a shareholder and introduced a flat fee subscription.

With more than 4,000 mainly German-language movies and series, ORF wants to position Flimmit as a “digital delicatessen shop” next to its competitors such as maxdome, Netflix, Sky Snap or Amazon Prime Instant Video. The focus is on Austrian productions.

ORF’s subsidiaries ORF-Enterprise und ORS currently hold a 25.1% stake in the VOD platform founded by Karin Haager, Walter Huber and Uli Müller-Uri in 2007. The stake will be increased to 88% once the competition authorities have given the green light.

“Flimmit is the response to the changing media consumption and the growing number of international VOD providers which don’t really put Austrian content into the foreground,” ORF’s business director Richard Grasl said in Vienna. “In addition to new productions, we also take thousands of archive titles to the platform, thereby providing the largest VOD offering with local productions.”

Müller-Uri added: “More than 20,000 existing customers ahead of the re-launch confirm the strong demand for Austrian content.” Huber said: “With ORS as a partner, we have plenty of new technical possibilities as shown in our HbbTV use case via satellite.”

Flimmit can be accessed on PCs, laptops, smartphones and tablets (iOS/Android), via Google Chromecast and Apple AirPlay and on connected TV sets. Flimmit apps are offered, for example, by Samsung, LG and Philips on their smart TV sets.

Salzburg AG makes more than 1,000 movies and series from Flimmit available to cable households on its CableLink portal. Negotiations are underway with further cable operators to expand the offering to more regions.

Wi-Fi 6 and Wi-Fi 6E client devices are entering the home in an unprecedented way, surpassing 50% market share since their introduction in 2019 (compared to four years for Wi-Fi 5). … END_OF_DOCUMENT_TOKEN_TO_BE_REPLACED