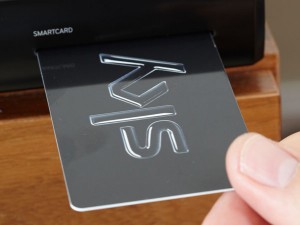 The case in the local court of Bochum resulted in a suspended prison sentence of 1 year and 6 months plus a fine of €2,000 being imposed on the principal offender of a card sharing operation in Recklinghausen, reports the Audiovisual Anti-Piracy Alliance (AAPA), the successor of AEPOC. The Bochum court stated in its decision that the card sharing operation which had 423 users caused damage of €430,000, creating an income of €143,000 for the card sharing server operator and a loss to the fiscal authority of €34,000.

The court of Munich convicted a local card sharing server operator and issued a suspended prison sentence of 1 year and 10 months and a fine of €1,700. The Munich court decreed that the card sharing activity was computer fraud on a commercial scale; the fraud being committed jointly with the users. The court cases against the users are being handled locally at the place of residence of the users: the first ones have already been concluded with the users being convicted.

The case in the local court of Pforzheim resulted in a penalty order with a suspended prison sentence of 1 year.

“These decisions demonstrate that offering illegal access to pay-TV content as well as the use of illegal content is drawing increasing attention from law enforcement,” said Andreas Rudloff, vice president platform services and security at Sky Deutschland. “Investigations by specially trained investigation teams in combination with experienced and specialised prosecutors enable courts to decide on such criminal cases by weighing up the underlying criminal intent and allow them to apply appropriate criminal legislation.”

Sheila Cassells, executive director of AAPA, welcomed the court cases: “AAPA has identified a need to increase the knowledge and expertise of law enforcement officers, including prosecutors, in this increasingly complex criminal area. These decisions support the strategy of AAPA and its members to support training of law enforcement agents on a national and international level. We will continue to develop and implement training on audiovisual internet piracy.”

Wi-Fi 6 and Wi-Fi 6E client devices are entering the home in an unprecedented way, surpassing 50% market share since their introduction in 2019 (compared to four years for Wi-Fi 5). … END_OF_DOCUMENT_TOKEN_TO_BE_REPLACED