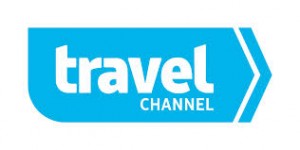 Scripps Networks UK & EMEA has significantly extended the reach of Travel Channel in Austria by launching the pay-TV service on the network of UPC Austria, the country’s largest cable operator.

Travel Channel is the first channel to launch on a Liberty Global platform since the two companies agreed on a pan-European distribution deal in October 2014.

“It’s rewarding to see our first platform launch on UPC as a result of our partnership with Liberty Global. Travel Channel will bring subscribers closer to their favourite lifestyle programming and deliver the bold characters, authentic storytelling and entertainment that audiences love most about our world-class content,” said Jon Sichel, managing director of Scripps Networks UK & EMEA.

As part of the deal signed last year, Scripps Networks grants rights to Liberty Global to allow its content to be delivered across multiple platforms including cable, catch-up TV, SVOD and mobile.

Travel Channel is a global broadcaster transmitting in 22 languages to more than 130 territories across Europe, the Middle East, Africa and Asia-Pacific. The German-language version of the channel launched on May 25, 2009 on direct-to-cable platform KabelKiosk in Germany, Austria and Switzerland.

Wi-Fi 6 and Wi-Fi 6E client devices are entering the home in an unprecedented way, surpassing 50% market share since their introduction in 2019 (compared to four years for Wi-Fi 5). … END_OF_DOCUMENT_TOKEN_TO_BE_REPLACED