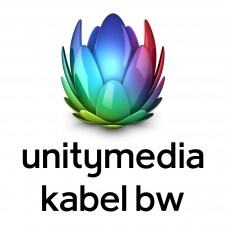 A long-term contract has been signed with the housing company’s service provider MET.

The more than 60,000 households in 140 towns as well as the further housing companies served by MET will be provided with around 85 digital TV channels and 70 digital radio stations in addition to the analogue TV and radio offering as well as 25 TV channels in HD quality.

At no extra charge, the tenants can also receive a foreign TV channel package of their choice and use basic internet access with a data rate of up to 1 Mbps which can be upgraded to up to 200 Mbps for an additional monthly fee.

Tenants can also sign up for fixed-line telephony and subscribe to further pay-TV packages including Sky Deutschland.

The flats have previously been served by competitor Tele Columbus which thereby loses one of its main customers.

Wi-Fi 6 and Wi-Fi 6E client devices are entering the home in an unprecedented way, surpassing 50% market share since their introduction in 2019 (compared to four years for Wi-Fi 5). … END_OF_DOCUMENT_TOKEN_TO_BE_REPLACED