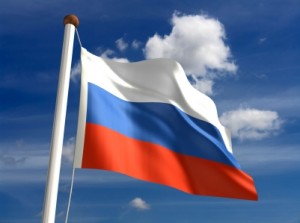 NBCUniversal’s international channels division is to exit the Russian market as a direct result of a ban on advertising on pay channels that came into effect at the beginning of this year.

In a statement provided to the ness agency RAI Novosti and published by The Moscow Times, the company said: “Due to the deterioration of the economic situation for our premium channels (Universal Channel and E! Entertainment Television) in Russia, Universal Networks International has decided to cease its activities on the Russian market”.

CNN pulled out of Russia on January 1, while MTG, despite the closure of its DTH platform Raduga TV, remains committed to the presence of Viasat channels in the country.

At the same time, the Russian State Duma (parliament) has approved the first reading of amendments to the legislation that would see the return to advertising on pay-TV channels, albeit with 100% Russian content.

The second reading, which will take place this week, could see the Russian content level reduced to 50%.

Wi-Fi 6 and Wi-Fi 6E client devices are entering the home in an unprecedented way, surpassing 50% market share since their introduction in 2019 (compared to four years for Wi-Fi 5). … END_OF_DOCUMENT_TOKEN_TO_BE_REPLACED