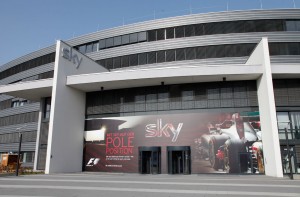 The recent ownership changes at Sky Deutschland will be reflected by changes in the German pay-TV broadcaster’s supervisory board.

According to Sky Deutschland, the company has been informed by Chase Carey (21st Century Fox) and Jan Koeppen (Fox International Channels) that they no longer intend to stand for re-election to the supervisory board. Their terms will therefore expire at the end of the upcoming annual general meeting on November 19, 2014.

BSkyB has informed Sky Deutschland that they intend to propose and vote via its subsidiary Sky German Holdings in favor of Jeremy Darroch, CEO of BSkyB, as well as Andrew Griffith, CFO of BSkyB, as new members of the supervisory board at the upcoming annual general meeting.

UK pay-TV broadcaster BSkyB (to be renamed Sky) recently acquired the stake previously held by 21st Century Fox in Sky Deutschland as part of its move to combine its operations in the UK and Ireland with Sky Deutschland and Sky Italia. Following completion of its voluntary takeover offer to the minority shareholders, BSkyB stocked up its shareholding in Sky Deutschland to 89.71%.

Wi-Fi 6 and Wi-Fi 6E client devices are entering the home in an unprecedented way, surpassing 50% market share since their introduction in 2019 (compared to four years for Wi-Fi 5). … END_OF_DOCUMENT_TOKEN_TO_BE_REPLACED