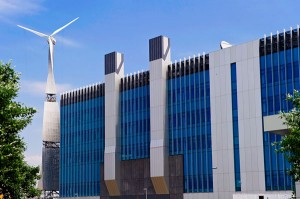 BSkyB has hit out at ITV over its silence regarding its call for the UK’s pay-TV platforms to start paying fees to the UK’s Public Service Broadcasters (PSBs) for the right to carry their main channels.

In a blog post Graham McWilliam, Sky’s group director of corporate affairs, says that following ITV’s report highlighting the impact of the system of fees on the US market there had been no indication of how such a system might be brought in to the UK.

1.Does ITV favour a) increased regulation or b) de-regulation? He warned that removing specific obligations on both PSBs and platforms would also involve removing the rules that currently place the five PSB channels at the top of the Sky EPG. “At present, we receive nothing in return for giving up these commercially valuable slots, which deliver audiences and advertising revenue to ITV,” he said

2.Would ITV remove its main channel from a major platform? Here McWilliam warned of the blackouts from major channels when broadcasters and platforms are unable to reach agreement. He says there were 100 examples in the last year. Readers will recall the 18 month period from 2007 when Sky One was absent from Virgin Media households.

3.Would ITV re-invest 100% of any fees in public service programmes, over and above existing investment plans? McWilliam claims this is a source of ‘real confusion’. “ITV has said that retransmission fees would allow PSBs to continue to invest in original programming. But the stock market is expecting windfall profits that would boost the value of the company. ”

McWilliam said for ITV this was the financial equivalent of having your cake and eating it.

ITV will have a right of reply when its financials are published later this week.

Wi-Fi 6 and Wi-Fi 6E client devices are entering the home in an unprecedented way, surpassing 50% market share since their introduction in 2019 (compared to four years for Wi-Fi 5). … END_OF_DOCUMENT_TOKEN_TO_BE_REPLACED