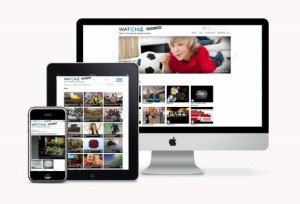 Watch 4 which was launched on year ago by rights dealer Philipp Rotermund offers advertising-financed entertainment content which will in future be oriented more strongly on the German-speaking TV market.

The SVOD proposition will be based on an inexpensive subscription model and focus on popular German-language content, for example German TV series, according to the operators.

Jochen Kröhne was previously CEO of TV channels TM3, Tele 5, The History Channel and Motorvision TV in Germany, accompanied many media projects with his consultancy Get on Air and headed video portal Germany’s Gold which was planned by German public broadcasters ARD and ZDF as well as producers, but blocked by the Federal Cartel Office.

Wi-Fi 6 and Wi-Fi 6E client devices are entering the home in an unprecedented way, surpassing 50% market share since their introduction in 2019 (compared to four years for Wi-Fi 5). … END_OF_DOCUMENT_TOKEN_TO_BE_REPLACED