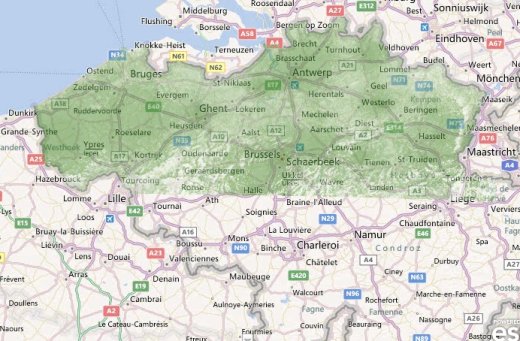 Contracts between Belgian operator Telenet and DTT broadcaster Norkring are keeping the DVB-T2 broadcasts on air – with no actual programmes being broadcast.

On March 31, 2014, Telenet pulled the plug out of its DTT pay service Teletenne, because of low consumer interest. Following this decision, DTT network operator Norkring was supposed to switch off the multiplexes.

As it now turns out, the 39 DTT transmitters of the Teletenne are still on air – just transmitting blank signals, as local new paper De Standaard reported citing expert Pedro Wyns.

The reason for the situation seems to be contracts between the two companies. Norking has included a penalty in its contract with Telenet should the contract be cancelled at an earlier stage. As a result, Telenet has to continue to deliver signals to Norking.

Another clause in the contract calls for Norkring to continue distributing the TV signals from Telenet. This forces the transmitter company to continue broadcasting the signals – even though they just show a black screen.

Wi-Fi 6 and Wi-Fi 6E client devices are entering the home in an unprecedented way, surpassing 50% market share since their introduction in 2019 (compared to four years for Wi-Fi 5). … END_OF_DOCUMENT_TOKEN_TO_BE_REPLACED