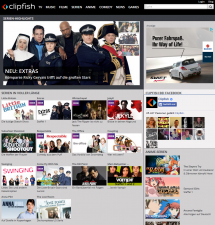 The free-of-charge proposition financed by advertising contains some series available on video-on-demand for the first time in Germany such as Moone Boy and Psychoville.

The offering is based on based on an extensive licencing deal signed by Clipfish and BBC Worldwide; financial details have not been disclosed.

Some of the series such as Extras, Whitechapel and Jekyll can be watched in the English-language original version in addition to the dubbed German-language version.

Clipfish has been showing TV series from BBC Worldwide since mid-2013, for example Top Gear, Spooks and Torchwood.

The OTT service can be accessed via the open internet, through an app for Android and iOs, through Chromecast, Apple TV or a connected TV set compliant with HbbTV.

Wi-Fi 6 and Wi-Fi 6E client devices are entering the home in an unprecedented way, surpassing 50% market share since their introduction in 2019 (compared to four years for Wi-Fi 5). … END_OF_DOCUMENT_TOKEN_TO_BE_REPLACED