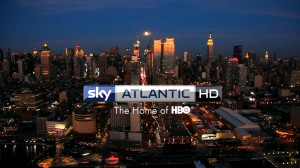 German pay-TV operator Sky Deutschland has renewed its exclusive partnership with HBO ahead of time by several years, thereby securing the first-run TV rights for all series and movies of the US broadcaster until the end of the decade.

All new HBO productions will continue to debut on Sky in Germany and Austria. The new contract doesn’t only cover the screening of HBO’s programmes at Sky Atlantic HD, but also on video-on-demand (VOD) services Sky Snap, Sky Go and Sky Anytime.

Furthermore, Sky customers will be able to view the premieres of HBO series earlier: Series such as Game of Thrones and True Detective will become available in the original English-language version on Sky Go immediately after airing on HBO on the East Cost.

“HBO is constantly raising the bar, creating the best series and original TV movies in the world. We are pleased that outstanding series such as Game of Thrones, The Knick and True Detective as well as future productions will continue to have a home on Sky Atlantic HD and will also be available on demand via Sky Go, Sky Anytime and Snap,” Gary Davey, executive vice president programming at Sky Deutschland, said in Munich.

Wi-Fi 6 and Wi-Fi 6E client devices are entering the home in an unprecedented way, surpassing 50% market share since their introduction in 2019 (compared to four years for Wi-Fi 5). … END_OF_DOCUMENT_TOKEN_TO_BE_REPLACED