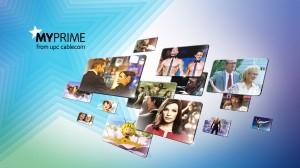 MyPrime offers movies, series, documentaries and children’s programmes for a flat fee of CHF9.95 (€8.25) per month. The content is provided by national and international movie studies and production companies such as the BBC and CBS/Paramount. Swiss productions and programmes by Swiss public broadcaster SRF are also included.

The line-up contains movies such as The Aviator, The King’s Speech, Pulp Fiction, Good Will Hunting and There will be blood as well as complete seasons of series like The Walking Dead, Californication, Star Trek and Twin Peaks. The children’s and documentary portfolio includes series such as Heidi, Maya the Bee, Paddington Bear and Teletubbies as well as Planet Earth and Michael Palin. 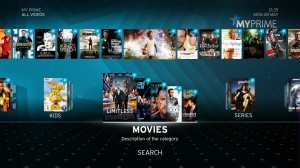 MyPrime which comprises a total of several thousand titles is available to all TV customers of UPC Cablecom. For subscribers of the current Horizon and DigiCard combination tariffs Plus, Super, Cool and Joy, MyPrime is part of the package at no extra charge.

MyPrime can be accessed through the TV set using the Mediabox provided by UPC Cablecom or through OTT service Horizon Go on the PC, tablet and smartphone. The new streaming service supplements UPC Cablecom’s existing VOD portal which offers recently released blockbuster movies and series.

Also following the example of Netflix, UPC Cablecom has commissioned the production of an original series for MyPrime. Swiss screenplay author Katja Früh will write the script of 12-part series Fässler-Kunz along with Swiss author and actor Patrick Frey. The main characters will be played by Frey and actress Esther Gemsch.

The sitcom tells the story of the everyday life of an older married couple and the daily challenges they face. Shooting will commence in October. The series will be made available to MyPrime customers in early December.

Wi-Fi 6 and Wi-Fi 6E client devices are entering the home in an unprecedented way, surpassing 50% market share since their introduction in 2019 (compared to four years for Wi-Fi 5). … END_OF_DOCUMENT_TOKEN_TO_BE_REPLACED