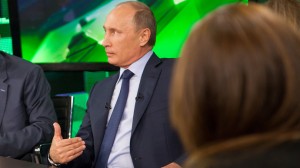 Quoting a draft document published on a government portal, Lenta and Satkurier report that additional funds from the federal budget will be allocate to the TV Novosti agency, which operates Russia Today, to launch the channel.

The new channel will be aimed specifically at viewers in France, Belgium, Switzerland and Canada, which are already served by national news channels in French and French versions of international channels, including Euronews, CCTV and Al Jazeera.

These are perceived to show Russia in a negative light, which it is hoped the new channel will be able to counter.

Russia Today was launched in 2005 and today reaches around 644 million people in more than 100 countries.

It broadcasts in English, Spanish and Arabic.

Wi-Fi 6 and Wi-Fi 6E client devices are entering the home in an unprecedented way, surpassing 50% market share since their introduction in 2019 (compared to four years for Wi-Fi 5). … END_OF_DOCUMENT_TOKEN_TO_BE_REPLACED