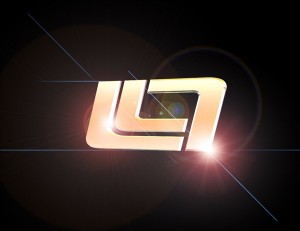 The two Georgian public broadcasters GBP and Adjara TV and Radio are increasing cooperation, with help from the European Broadcasting Union (EBU).

According to the latter, Boris Bergant, EBU consultant and former VP, and David Lewis, EBU head of member relations held lengthy discussions with the new board of GPB in Tbilisi. These were followed by meetings with the directors general of the Georgian broadcasters in Batumi.

It adds that four years ago, a team of EBU consultants led by Bergant developed a strategic action plan for GPB. However, many elements were not implemented owing to conflicts and legal challenges between GPB’s director general and its former supervisory board, which also challenged its own dissolution by the new legislation.
Under a compromise adopted by parliament, GPB will have two boards until the terms of the members of the outgoing board expire.

Marina Muskhelishvili, deputy chair of the Adjara Board, hopes that Adjara TV and Radio can become the basis of a second GPB channel covering all Georgia’s regions.

Adjara became part of Georgia after the dissolution of the Soviet Union in 1992, and Adjara TV and Radio formally became a public service broadcaster under the umbrella of GPB following media legislation in November 2013.

It employs 240 staff on a budget for 2014 of € 2.6 million transferred from GPB. A new schedule based on public service principles will be launched this autumn.

Bergant will lead another mission to Tbilisi in late September to help review and update GPB’s Strategic Plan of 2011-2015.

Wi-Fi 6 and Wi-Fi 6E client devices are entering the home in an unprecedented way, surpassing 50% market share since their introduction in 2019 (compared to four years for Wi-Fi 5). … END_OF_DOCUMENT_TOKEN_TO_BE_REPLACED