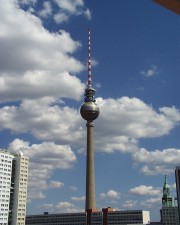 The field test which will take place between autumn 2014 and summer 2016 with participation of the public and commercial TV broadcasters can be used by hardware manufacturers for test purposes, reports German industry association Deutsche TV-Plattform in the current edition of its newsletter TV Zukunft. Encryption systems will also be employed.

In Bavaria, in addition to the planned DVB-T2 trial in Munich, a project group has been formed to examine the convergence of mobile and broadcast technology (IMB5). Headed by broadcast technology institute Institut für Rundfunktechnik (IRT), the consortium wants to explore and test in the next two years how a corresponding standard (LTE 5G) can be realised. The project will not impact the planned DVB-T2 deployment in Germany, according to IRT.

Media Broadcast wants to commence the first regular DVB-T2 transmissions in Germany in metropolitan areas in mid-2016. The nationwide transition from the currently used DVB-T standard to the successor system DVB-T2 is to be completed by mid-2019. The public broadcasters want to continue distributing their channels free-to-air via DVB-T2 while the commercial channels plan a mainly encrypted, fee-based offering.

Wi-Fi 6 and Wi-Fi 6E client devices are entering the home in an unprecedented way, surpassing 50% market share since their introduction in 2019 (compared to four years for Wi-Fi 5). … END_OF_DOCUMENT_TOKEN_TO_BE_REPLACED