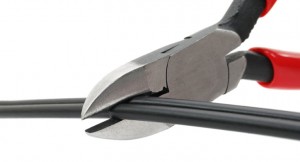 Pay TV cord-cutting is now an undeniable phenomenon in a large number of European markets as 12 countries witnessed a decline in overall pay TV uptake in the first quarter of 2014, according to IHS Technology’s latest European pay TV Update.

Six of these markets are seeing their second quarter of decline suggesting a sustained softening of pay TV across much of the region.

Hardest hit are the Benelux and Scandinavian markets along with some of the smaller Central and Eastern European markets were recent strong growth is now reversing.

To date, only Italy among the five big European markets has suffered a sustained downturn in pay TV. France, Germany, Spain and the UK are all continuing to grow at above the European average.

Until recently, the cord-cutting phenomenon had largely been confined to the US market where very high pay TV penetration, high monthly cost and the economic downturn created a perfect storm that is now seeing a sustained downturn and the emergence of a new sub-group of ‘cord-nevers’—young households that do not bother taking a pay TV subscription.

Europe has remained largely immune from this trend, in part because the generally lower pay TV uptake leaves far more headroom for growth and because growth from IPTV in the West and low-cost digital satellite in the East has more than made up from losses on cable.

While individual markets like Italy and the Netherlands have had several quarters of decline, a sustained two-consecutive-quarter decline in such a wide-range of markets is a worrying trend for the industry as a whole. In the East, the two-quarter decline is affecting two of the region’s main markets: Poland and the Czech Republic.

Growth has also softened on a pan-regional basis, down 30% on the same quarter a year earlier at just 0.66% in the quarter. The rapid growth of IPTV and low-cost satellite is beginning to level-out, meaning losses on other traditional platforms are not being fully compensated.

While it is easy to point the finger at OTT services as the cause of cord-cutting, there is no obvious relationship between the markets now seeing a sustained decline and the entry of larger OTT players like Netflix. Further quarters will tell, but the current trend is likely a combination of factors including an over-hang from the recent economic downturn and the wider impact of new technology in the home broadening the consumption choices of the average consumer.

Wi-Fi 6 and Wi-Fi 6E client devices are entering the home in an unprecedented way, surpassing 50% market share since their introduction in 2019 (compared to four years for Wi-Fi 5). … END_OF_DOCUMENT_TOKEN_TO_BE_REPLACED