Following a relatively flat three-year period, the global STB market managed to achieve the highest annual revenue total in its history in 2013, setting the stage for continued growth through 2015, according to IHS Technology.

Worldwide digital STB shipment revenue last year totaled $20.3 billion, up 3% from $19.6 billion in 2012, as presented in the attached figure. Revenue will set new highs during the next two years and will peak at $22.8 billion in 2015. This follows the period from 2010 through 2012 when revenue remained in the $19.5 billion range.

“Set-top boxes proved to be critical to the strategies of pay TV operators in 2013,” said Daniel Simmons, director for Connected Home research at IHS.

“Far from being pushed out of the living room by Internet-enabled consumer electronics, STBs are being repositioned as the hub of the connected home. STBs increasingly are being transformed into multimedia home gateways (MHG), which combine support for pay-TV services with Internet access, residential gateway services, Wi-Fi and other advanced features.”

These findings are derived from IHS Technology’s latest STB Market Monitor report, from the Consumer Electronics service of IHS.

Growth in 2013 was mainly driven by MHG reaching large-scale in North America.

MHGs are being used by service providers to transition from a legacy broadcast-based pay-TV experience to one that is internet-centric and better positioned to compete with OTT-rivals such as Amazon and Netflix. UK STB manufacturer Pace leads this vital market segment with a share of more than 48% in 2013. 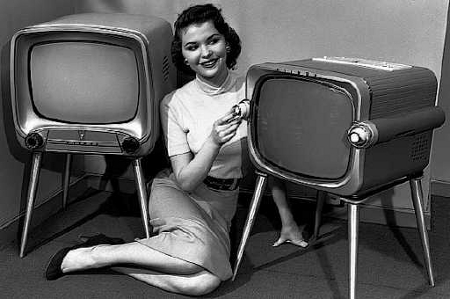 This strong MHG performance also helped Pace retain its global No. 1 status in terms of units shipped in 2013. Cisco continued to lead the global pay-TV STB market in revenue terms.

The market dynamics for STBs are complex and vary considerably from territory to territory, but ultimately depend on individual pay-TV operator strategies and developments in the wider media and consumer electronics industries.

US STB revenue will continue to grow until 2015 as Comcast, DirecTV and Dish Network expedite their MHG deployments, driving the higher end of the market.

Chinese and Indian cable TV digitization and the International Telecommunication Union’s (ITU) GE06 deadline in 2015 for the analog terrestrial TV switch-off will continue to drive large volumes of lower-value boxes. However, many of these projects will near completion in 2015 and the market will contract to $20.7 billion by 2018.

“UHD STBs will be strategically important to operators in all territories,” Simmons said.

“Beyond enabling an additional premium-content tier, HEVC use will result in more efficient IP video distribution, allowing operators to offer superior OTT services. Pay TV is nearing saturation across the world, and under such conditions, operators will be increasingly reliant on the technology-based differentiation enabled by STBs to compete for subscribers.”

Wi-Fi 6 and Wi-Fi 6E client devices are entering the home in an unprecedented way, surpassing 50% market share since their introduction in 2019 (compared to four years for Wi-Fi 5). … END_OF_DOCUMENT_TOKEN_TO_BE_REPLACED