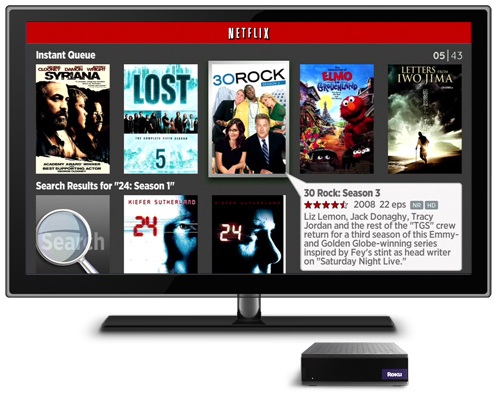 Among US broadband households with a streaming media player, 44% use a Roku player the most versus 26% that use Apple TV the most, according to new research from Parks Associates.

The report, The Evolving Market For Streaming Media Devices, is showing that more than 25% of US households will have a streaming media player by 2015, with continued robust sales and new entries such as Amazon Fire TV driving expansion of this connected CE category.

“Roku has always had a close association with Netflix, the largest source of video downloads, and currently offers more than 1,700 channel apps as well as a choice of models with different features and price points, all of which appeal to consumers’ purchasing instincts. With Amazon entering this CE category, there will be renewed pressure on all players to develop the best combination of ‘can’t miss’ content with a simple and intuitive interface.”

The CE category for streaming media players has been robust despite competition from streaming “sticks” such as the Google Chromecast. According to Parks Associates’ 1Q 2014 survey of 10,000 U.S. broadband households, Google Chromecast sold as many units in six months as Roku sold in 2013, but overall, usage of the Chromecast has steadily declined since its introduction.

Parks Associates analysts report companies, to drive usage, will increase efforts to secure high-quality content, through deals such as the HBO and Amazon agreement, which brings HBO shows to Amazon Prime’s streaming video service. In addition, should Apple release a new version of Apple TV with more functionality in 2014, it will create a more competitive market in the US.

“While approximately 50% of U.S. households have at least one Apple product, such as an iPhone or iPad, the company has not yet been able to leverage this success for its Apple TV offering,” Kraus said.

“Apple has not committed support and promotion to its Apple TV product line in the US, and its sales reflect this fact. But they are the global sales leader in this category, having sold approximately 20 million units worldwide as of April 2014, compared to an estimated eight million for Roku at the end of 2013. As Amazon, the world’s largest online retailer, emerges as a new competitor in this space, it could awaken the sleeping giant that is Apple.”

Parks Associates reports global sales for streaming media players will reach nearly 50 million by 2017 while broadband household penetration in the US will exceed 38%.

Wi-Fi 6 and Wi-Fi 6E client devices are entering the home in an unprecedented way, surpassing 50% market share since their introduction in 2019 (compared to four years for Wi-Fi 5). … END_OF_DOCUMENT_TOKEN_TO_BE_REPLACED