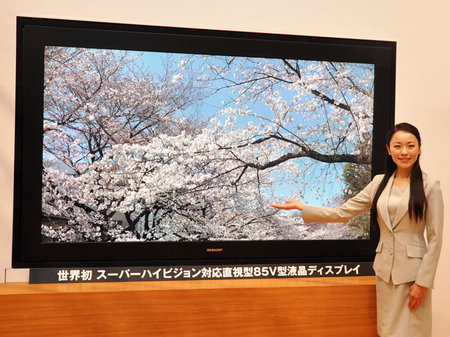 The company said in a statement that it is considering various options to restructure its European business but that nothing had been decided.

Sharp launched a factory in Poland for the production of LCD TVs in 2007. But it held only a 1.6% market share in Europe last year, according to NPD DisplaySearch.

It plans to outsource European TV sales to Taiwan’s TPV Technology and has also proposed selling the Polish plant. Should the sale go through, Sharp would stand to receive licensing fees from granting TPV the right to use the brand in Europe.

Philips also has a similar agreement with TPV for the production of Philips branded TV sets by its subsidiary TP Vision.

At the same time, Sharp is also talking to Turkish firm Vestel for the production of white goods products under the Sharp name.

Sharp has around ten sales units in Europe. According to a report by Japanese news agency Nikkei it plans to dismiss about 300 people, or roughly 10% of its European workforce. Further personnel cuts are likely if the TV factory is sold.

Wi-Fi 6 and Wi-Fi 6E client devices are entering the home in an unprecedented way, surpassing 50% market share since their introduction in 2019 (compared to four years for Wi-Fi 5). … END_OF_DOCUMENT_TOKEN_TO_BE_REPLACED