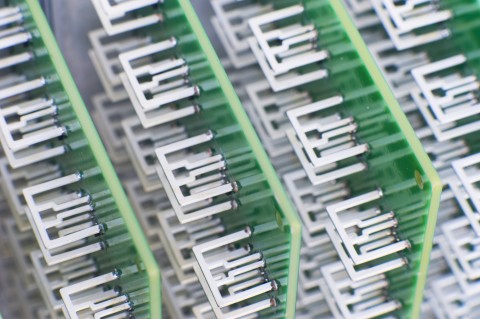 The US Supreme Court ruled Wednesday by a 6-3 vote that Aereo is violating the broadcasters’ copyrights by taking the signals without paying them.

Aereo is a streaming service, that captures broadcast signals on miniature antenna’s and delivering these channels to subscribers for a monthly subscription fee.

The ruling is a victory for the major television networks, which had argued that Aereo’s business model amounted to a theft of their programming.

“We are pleased with today’s decision which is great news for content creators and their audiences,” CBS said in a statement.

“Aereo characterised our lawsuit as an attack on innovation; that claim is demonstrably false,” NAB President and CEO Gordon Smith said in a statement. “Today’s decision sends an unmistakable message that businesses built on the theft of copyrighted material will not be tolerated.”

Not surprisingly, Aereo CEO and founder Chet Kanojia said in a statement that the decision was “a massive setback for the American consumer.”

“We’ve said all along that we worked diligently to create a technology that complies with the law, but today’s decision clearly states that how the technology works does not matter. This sends a chilling message to the technology industry,” Kanojia said.

“It is troubling that the Court states in its decision that, ‘to the extent commercial actors or other interested entities may be concerned with the relationship between the development and use of such technologies and the Copyright Act, they are of course free to seek action from Congress.’ (Majority, page 17) That begs the question: Are we moving towards a permission-based system for technology innovation?

“We are disappointed in the outcome, but our work is not done. We will continue to fight for our consumers and fight to create innovative technologies that have a meaningful and positive impact on our world.”

Aereo started operations about two years ago and broadcasters, including ABC, CBS, NBC and Fox, were quick to go to court trying tio stop Aereo claiming that the technology violated copyrights.

Aereo has been rolling out its internet-delivered streaming and PVR service city by city and so far has won most legal battles.

WATCH VIDEO. Aereo Founder and CEO Chet Kanojia, CCO Alex Moulle-Berteaux, and CTO Joe Lipowski explain the inspiration behind the company as well as how Aereo’s mini-antennas work. It’s a quick 90-second inside look at Aereo.

Wi-Fi 6 and Wi-Fi 6E client devices are entering the home in an unprecedented way, surpassing 50% market share since their introduction in 2019 (compared to four years for Wi-Fi 5). … END_OF_DOCUMENT_TOKEN_TO_BE_REPLACED