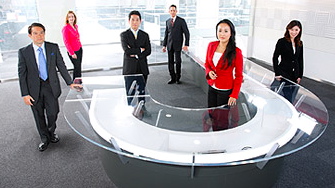 Japan International Broadcasting, the distribution company of NHK, and Post Luxembourg have announced a new partnership which brings NHK World TV to more than 34,000 subscribers in Luxembourg through its IPTV offering, PostTV.

NHK World is now available in SD and will soon be accessible in HD on channel 195 to all PostTV basic subscribers.

“Post Luxembourg has become one of the most important and forward-thinking media companies in Luxembourg,” said Yoshihiko Shimizu, president and CEO, Japan International Broadcasting.

“We are delighted that they are the first operator in the country to broadcast NHK World TV and we look forward to building a mutually beneficial and long-lasting relationship with them.”

NHK World TV is currently available in 275 million households across 150 countries and regions.

Wi-Fi 6 and Wi-Fi 6E client devices are entering the home in an unprecedented way, surpassing 50% market share since their introduction in 2019 (compared to four years for Wi-Fi 5). … END_OF_DOCUMENT_TOKEN_TO_BE_REPLACED