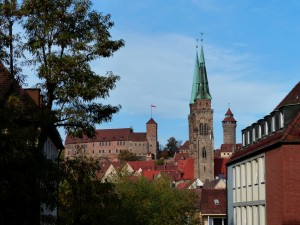 “This wasn’t an easy decision for us, but it’s the logical result of a cost-benefit analysis”, said studio director Heiko Linder. “Only very view viewers watch our channel via DTT and most of them only use the terrestrial distribution as a secondary reception method anyway.”

Franken Fernsehen continues to be available in its target region in analogue and digital on cable networks as well as on Deutsche Telekom’s IPTV platform Entertain, on satellite system Astra (19.2° East) and as a live-stream on its website.

Home-shopping broadcaster ManouLenz TV has also ceased its DTT distribution in Bavaria. The channel was available in Nuremberg and Munich/Southern Bavaria on terrestrial airwaves.

The retreat of the small channels is in contrast to the recent decision by commercial broadcast group RTL to extend its DTT distribution throughout Germany by two years and to be part of the DVB-T2 platform to be rolled out from mid-2016 which is also supported by public broadcasters ARD and ZDF.

Wi-Fi 6 and Wi-Fi 6E client devices are entering the home in an unprecedented way, surpassing 50% market share since their introduction in 2019 (compared to four years for Wi-Fi 5). … END_OF_DOCUMENT_TOKEN_TO_BE_REPLACED