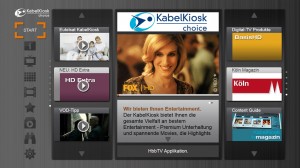 The deal of which financial details have not been disclosed is performed through M7A Group, an affiliate of M7 Group, trading under the name of M7 Deutschland, taking over Eutelsat visAvision, Eutelsat’s Cologne-based German subsidiary which operates the KabelKiosk platform of digital channels and interactive services for cable and IPTV networks in German-speaking Europe.

The transaction includes a long-term agreement for the lease of multiple transponders at Eutelsat’s 9 degrees East orbital position. Eutelsat will also continue to provide uplink services for the KabelKiosk platform from its teleports in Italy and France. Eutelsat and M7 Deutschland have moreover agreed that they will establish a strategic partnership for connected TV, combining broadcast and on-demand video services.

“Having built a strong video distribution platform in Germany, it is now time for a new shareholder to drive KabelKiosk forward as it embarks on a new chapter of expansion,” said Michel de Rosen, chairman and CEO of Eutelsat. “Following the recent launch by M7 of its new Hungarian pay-TV venture from our 9° East video neighbourhood, the transaction announced today strengthens our relationship with the M7 group of companies.”

“I take this opportunity, on behalf of all at Eutelsat, to express our appreciation to the KabelKiosk team, led by Martina Rutenbeck and Alessandro Lanfranconi, for the energy and dedication they have applied to building a vibrant business that is well positioned to move ahead with its next phase of growth,” added de Rosen.

Kees Färber, managing director of M7 Deutschland, said: “The acquisition of KabelKiosk is an excellent opportunity for us to enter the German market for TV platform operators. We are confident that KabelKiosk will further grow its existing cable business as well as achieve additional growth through the exciting new opportunities provided by the new IPTV and OTT delivery platforms.”

Martina Rutenbeck, managing director of KabelKiosk, said: “By leveraging M7’s significant expertise in platform operations, we are well positioned to continue to expand our cable activity and, at the same time, to accelerate our diversification into IPTV/OTT service provision.”

KabelKiosk generated approximately €25 million of revenues in Eutelsat’s 2012/13 financial year. The terms of the sale agreement remain confidential. Subject to regulatory approvals and other customary conditions, the transaction is expected to close in July 2014. 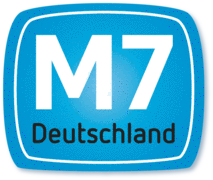 M7 Group operates several TV platforms for consumers and business customers. The company’s portfolio comprises CanalDigitaal and Online.nl in the Netherlands, TV Vlaanderen in Flanders, TéléSAT in French-speaking Belgium, AustriaSat and HD Austria in Austria, AustriaSat Magyarország in Hungary and CS Link and Skylink for the Czech and Slovak market. M7 Group’s DTH platforms reach a total of more than 3 million viewers.

Since 2011, M7 Group has also been providing internet and telephony services to its customers in The Netherlands and Belgium. In addition, through its subsidiary Stream Group, M7 delivers enhanced interactive video, OTT and multiscreen services in Europe and Asia through its Solocoo platform.

Wi-Fi 6 and Wi-Fi 6E client devices are entering the home in an unprecedented way, surpassing 50% market share since their introduction in 2019 (compared to four years for Wi-Fi 5). … END_OF_DOCUMENT_TOKEN_TO_BE_REPLACED